PLEASE NOTE THIS BLOG ENTRY MAY NOT BE SUITABLE FOR THOSE UNDER THE AGE OF 18. 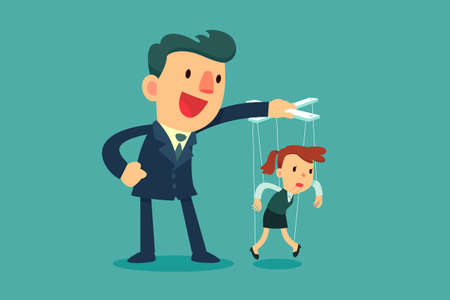 In recent days I have stated on Twitter that I was gravely concerned over the “transsing” of kids. This statement has met with much anger from the Transgender community. What I mean of course when I say “transsing” is that it is my belief that rather than creating an environment that allows children not be constrained by gender stereotypes , we are actively manufacturing a generation of children and attaching a trans label to them.

I stand by my statement. We are manufacturing trans children.

The biggest issue we see is the conflation of sex and gender. Sex is an immutable statement of biological fact. Gender, as the dictionary states is:
“the male or female division of a species, especially as differentiated by social and cultural roles and behavior“.
So clearly gender is a fluid concept that changes over time and varies amongst different cultures.

In society, sex dictates gender roles & stereotypes. Gender does not dictate sex and therein lies the problem. We are allowing this to happen.

I am a man. I like knitting. I hate sports. I like fashion and makeup. I cry at “Little House on the Prairie”. I hate fast cars. I hate beer. Does that make me not a man? Who says that I shouldn’t like knitting? There are no biological rules that tell me what it means to be a man – only societal ones.  Why are these societal rules in place? I could type many pages on the subject but I believe many rules exist to maintain the patriarchal society we live in. Despite the laws that exist to promote equality for women, in many ways the underlying attitudes haven’t changed and  men are still the dominant “overlords” relegating women to the kitchen and the bedroom.

This leads to to the fundamental issue. If gender rules are manmade we are of course free to change them as we so wish, but why on earth would that impact immutable biological characteristics? Rejecting gender stereotypes quite obviously doesn’t make my eyes change colour, my height to change, my feet to grow so it is blatantly ridiculous to say it makes someone change sex.

Now, here is a question……why does it need to? Why does a rejection of gender roles and stereotypes need to mean a change of sex?
I am no doubt going to create controversy here but I believe there are a number of reasons for why we are seeing the transsing of kids:

We are quite a few paragraphs in and we have not yet raised the issue of hormones and puberty blockers. This is for a quite obvious reason – if we drop the premise that people can change sex they have no place in being prescribed to children.

But what about Gender Dysphoria you may ask? Gender Dysphoria is a debilitating condition that can cause quite a significant impact on a person’s life and severely impact their quality of life. Such was the case with me.

There are several causes of GD. Several of these are sexual in nature, however given the discussion here relates to children I do not believe this to be relevant to these typically pre-pubescent young people.  Alternatively, we also have a situation where a child faces such a rigid reinforcement of gender roles and stereotypes that they learn to resent their natal sex as being a barrier to who and how they want to be. In some cases this extends to the anatomy associated with that sex. Some have likened it to a form of PTSD.

I came from a very religious background where gender roles and stereotypes were very strict. For clarity I am not condemning religion here at all and I share in another blog entry that I am a transsexual Christian; it would be disingenuous though to deny this is something that tends to be quite common in many religious communities.  From my earliest memories going back to nursery school I was never really interested in boy’s toys, or the boisterous play one would typically associate with this group. This was absolutely not acceptable to parents, to teachers and my community, and steps were taken to discourage and prevent this from happening. As I got older my interests continued being stereotypically female and again this was not acceptable. Being “a man” held me back from being able to express myself in the way I wanted to. Every time I heard the phrases “but boys don’t do that” or “that’s only for girls” it hurt. Why should that stupid little bit of skin between my legs determine who I could be in life? I started to wish I didn’t have it; I resented it for what it represented and those feelings built over many years.

I have been asked on a number of occasions whether or not I felt that I would still be transsexual if I had been brought up in an environment where I was free to express myself. Whilst I think there is a genetic predisposition towards gender identity issues, there is no question there is a significant psychological element. Whilst I cannot be sure, I do believe it more than likely I would have become a gay man.

Transition as an adult was not something I considered lightly. Despite significant mental health intervention I simply was unable to resolve those childhood feelings and my quality of life was affected. Frankly it was so ingrained in my identity over such an extended period of time that it proved impossible to unravel. That said, I do not regret ever having gone through an extended psychiatric and psychological process. Transition is a last resort and the last thing I would have wanted is to reflect back on my life and wonder “did I really need to do this”?

Hormone therapy was such a relief when I started and I very quickly became impotent. I found this to be a tremendous relief; an erection was always a reminder of my biological sex, something I was profoundly uncomfortable with. It didn’t make me “feel” like a woman (since I can never know that “feeling”) but it did most certainly help me feel less of a man and that was the goal.

I know I’m not a woman and never will be. It pains me to say that but it is the truth. Biologically I will always be a man. That is a problem insomuch as I learnt as a child it was a handicap that would hold me back in life. Of course as an adult I know that the biology wasn’t the handicap but what the societal conditions and expectations attached to it were.

Here’s my concern.  We are taking healthy, normal, inquisitive kids and we are “reprogramming” them. We are creating a scenario where 10 and 20 years from now, these kids will actually have psychological issues caused by the interference in their lives at such a critical juncture. I fear that in that situation it will result in some cases of adults needing medical intervention for a problem society forced upon them, in the same way I feel I was.

One thought on ““Transsing” Kids”